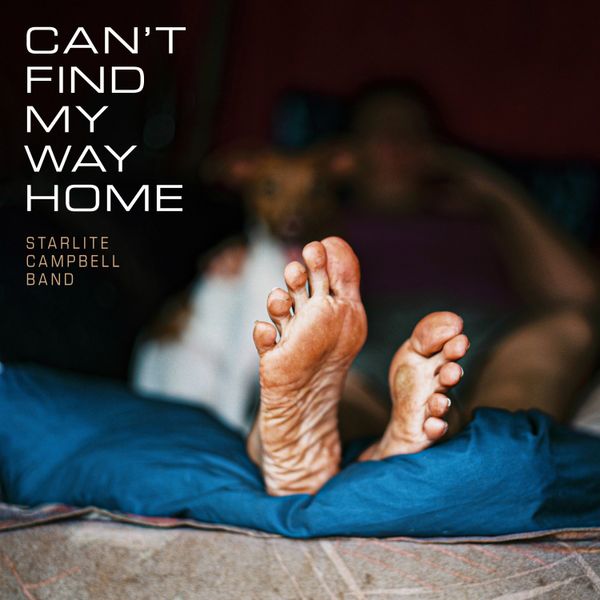 Suzy explained “it’s hard to take in just how much all of our lives have changed over these past few months, leaving a lot of us feeling disorientated and burned out. There’s a real sense of vulnerability right now for many of us and having somewhat of a nomadic lifestyle as full-time musicians, we’ve always felt a deep connection to ‘Can’t Find My Way Home’, more so now than ever!”

American Blues Scene, the world's largest independent blues, rock and roots website, is set to host the official world premiere of the music video on Thursday 5th November. It was filmed on a summer’s evening in a neighbour’s field in Lower Saxony, Germany with an old recycled washing machine drum for a firepit and a few candles flickering under the night sky.

Once again, photographer Phil Kneen captured the spirit of the song on film for the single artwork.

With the Starlite Campbell Band’s debut album ’Blueberry Pie’ nominated for best album in the European blues awards, their second album ‘The Language of Curiosity’ set for release on April 9, 2021, continues to push the boundaries of British blues and British rock. The record also features longtime collaborators Jonny Henderson and Christian Madden who are sharing keyboard duties and drummer Steve Gibson.

Pre-order ‘The Language of Curiosity’ today on limited edition 180g vinyl, CD and digital or become a patron of the band (level two or above) to receive a complimentary download of ‘Can’t Find My Way Home’ plus the two singles ‘Stone Cold Crazy’ and ‘Lay It Out On Me’ from the new album ahead of the official release date on April 9, 2021.

‘Can’t Find My Way Home’ by the Starlite Campbell Band is available on all major download and streaming platforms plus the band’s website from Friday, November 6, 2020.