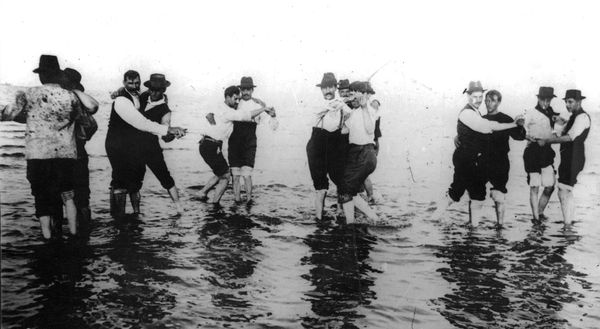 On the second day of thinking about the music that has inspired me, having started with the first gig I ever saw, (Stevie Wonder at the NEC in Birmingham) it naturally drew me back a little further to my childhood.

The more I hear stories from other people, it’s incredible just how powerful their memories are and why they love a particular song; usually introduced to those sounds by their siblings, parents or friends at school. Cars seem to have played a big part in this too; a captive audience on the move…

At primary school I played descant & treble recorders and was into percussion in a big way; I can still remember the rhythm I had to play on a tambor all the way through a song for our Christmas production when I was nine years old….and don’t get me started on the ‘one ting of the triangle’ story!

Then followed a term on the violin at Ross Grammar School which transformed into the mighty French horn for four years – a beast of a brass instrument whose tone I adored. The only reason I stopped playing was down to my orthodontist, who gave me a permanent set of railroad tracks which put the kibosh on playing any kind of wind instrument for a few years.

What I do appreciate now more so than at the time, was that playing in the school orchestra and brass band gave a valuable insight into being part of a wider musical landscape where the voicing of other instruments worked together in service of the music; a proper team effort.

In all honesty, Samuel Barber’s Adagio for Strings is one of my all-time favourite pieces but I find that it’s just too sad for repeated listening; it almost always makes me cry and have subsequently found myself walking out of shops if I hear it being played on their internal sound system. Compacting on this, the piece is now so strongly associated with tragic world events and war films that I don’t want to revisit it from a place other than that of innocence.

This particular beautiful piece of music I happened to hear on the radio one evening when I was sat on a train on my way back from my commute to University and was immediately transfixed, sought it out and bought the album; Fionnuela Hunt – Tangos and Dances.

It tracks the art form from its origins in the bordellos and back streets of Buenos Aires to the concert platforms of the world. Tangos & Dances charts the history of Tango through the 1900s up to the present day, from its early dance form to the more jazz-inspired music of contemporary times.

There is a certain melancholic beauty, underpinned by a rhythmic movement that both holds and rocks you gently. Within the sadness also lies the inspiration for courage and the choosing of forgiveness in order to move on… Oblivion.