Rupert Neve- a gift from God 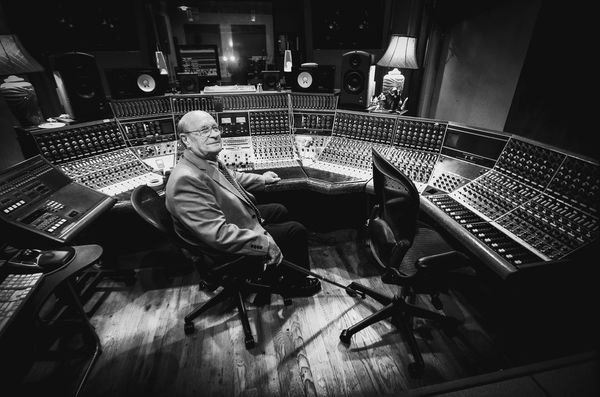 I was very fortunate to spend a couple of hours talking with Rupert in the late '80s and vividly remember the conversation. It was around the time he was a consultant for AMEK who were based up north in my neck of the woods.

Meeting an audio legend like this was tremendously exciting as over the years I had used a selection of his consoles on both sides of the glass. He must have been asked a million times but I couldn't resist enquiring as to how he came up with ‘the’ inductor based EQ circuit found in the 1066. With a twinkle in his eye he told me it was a gift from God.

One night he had a dream and the higher force came to him with the design. In the morning he woke up and scribbled the circuit and values on a serviette. Sitting across a table from Rupert it was impossible to doubt his sincerity or faith.
We went on to talk about all things consoles, the importance of very high frequencies  and a particularly deep conversation about the merits of transformers for balancing which of course is his trademark.

Since then I have used many more of his 'works of art' and every-time I rotate a control and hear the beauty of the design this story, his beaming grin and child like enthusiasm come to mind and puts a smile on my face.

If you are reading this you will probably know of Dave Grohl’s film Sound City which is the story of the legendary studio and its centrepiece console the Neve 8028. Watch this and you will understand how important Rupert was to the world of rock n roll.