Music from the big pink in Portugal 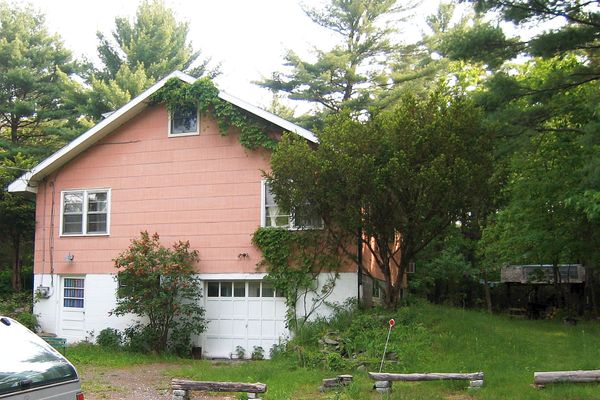 The modern recording studio (for this purpose say from the late ‘60s) can be a very strange environment. Many are pretty cold and sterile, not just the decor but also the ‘sound’ of the recording space. Dead and lifeless acoustics seems to suck your soul and combined with a bland interior, does nothing for the creative spark.

Technically there is a good reason for the acoustic treatment as it makes the engineer’s job easier by reducing sound ‘leakage’ (usually referred to as bleed) from one instrument into the microphones of others. For example, the microphones on an acoustic piano will almost certainly pick up drums, bass and electric guitars if all playing in a small untreated room.

There is no doubt a 'clean' track without anything else present is easier to manipulate.

Bigger rooms with high ceilings, tend to have less of a problem as you can space everything out and judicious use of ‘gobos’ (moveable acoustic screens) help prevent unwanted bleed.

These larger rooms tend to be acoustically 'live', with more natural reverb giving the studio a better 'feel'. Just think how good you sound singing in the shower with all the lovely reverb in your bathroom!

This reverb, sometimes referred to to as ambience or just 'room', can also be desirable when mixing a song as it gives a natural 'feel' to the music.

Generally speaking artists who are comfortable and relaxed will produce a better performance, and let's face it that's what we need more than a technically perfect recording!

Two fine examples of large rooms are Abbey Road and the now sadly closed Olympic studios, London where the spaces are/were quite reverberant.

The picture below of B.B. King recording at Olympic is a good example of this setup - note the blanket over the grand piano! 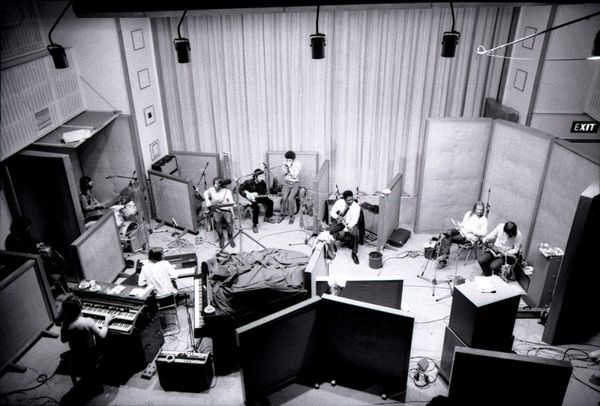 Some of my all time favourite albums were made in modern acoustically designed studios where a 'dead' room achieves stunning results. A masterclass in utilising this type of room to the full is 'The Nightfly' by Donald Fagan (what a great record), but…

Bleed is our friend

I have always preferred the sound obtained in a big room where bleed become a part of the music. This does require a different technique when it comes to mixing as the tracks become interactive. For example if there is vocal present in a piano track, you have to sonically weave them together and mix these as one.

I adore live albums where the environment is even further out of the engineers control and the feel present in bucket loads. Take a listen to Deep Purple's 'Made in Japan' or Bob Marley and the Wailers 'Live' - both fantastic albums which draw you into the performance and sound vibrant and exciting.

Two of my industry heroes, Daniel Lanois and Glyn Johns feel the same way about the concept of bleed and environment.

In his book ‘Sound Man’ Johns talks of the death of recording with the introduction of acoustic designers and SSL consoles. He knows his shit as early in his career was the recording engineer on 'Led Zeppelin I' where bleed and ambience of the Olympic studio is integral to the sound of the recording. Together with Jimmy Page as producer they defined the sound of rock music.

Lanois uses a variety of normal spaces to make his recordings. For example his masterful grammy winning trilogy ‘Oh Mercy’ (Bob Dylan), ‘Yellow Moon’ (Neville Brothers) and his own debut album ‘Acadie’ were all recorded in property rented by Lanois in New Orleans and recorded in normal untreated rooms but with a cool vibe. 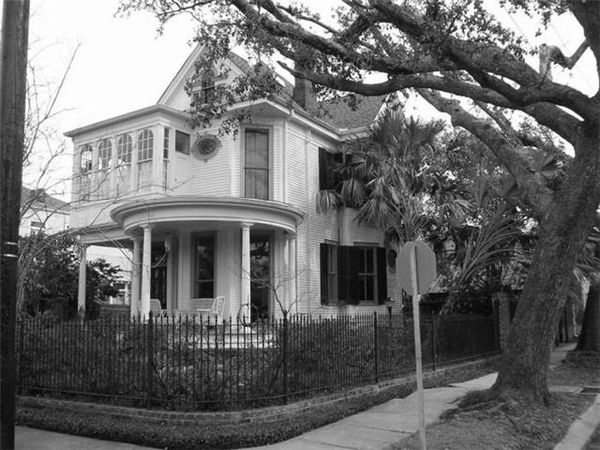 So what’s this all got to do with the pink house?

Well this article all came about as I was walking our two labradors and passed the house pictured below. It reminded me of the house shared by Rick Danko, Richard Manuel and Garth Hudson in West Saugerties, New York where most of ‘The Band’s’ first album - ‘Music from the Big Pink’ was written. 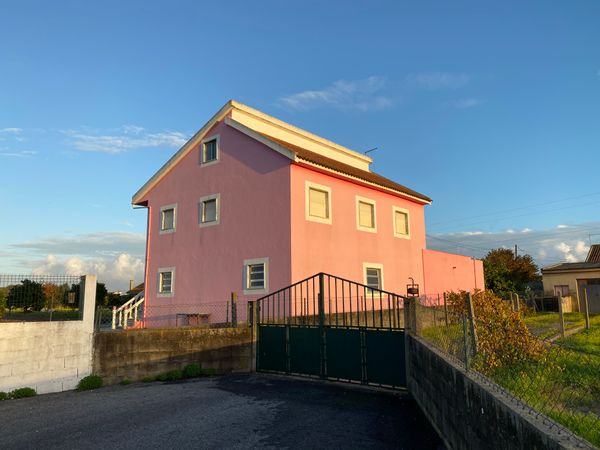 The album itself was recorded in studios in New York and Los Angeles in 1968 but their magnificent follow up ‘The Band’ (aka the brown album) was recorded at the pool house of a home rented by the group in Los Angeles at this time owned by Sammy Davis, Jr. 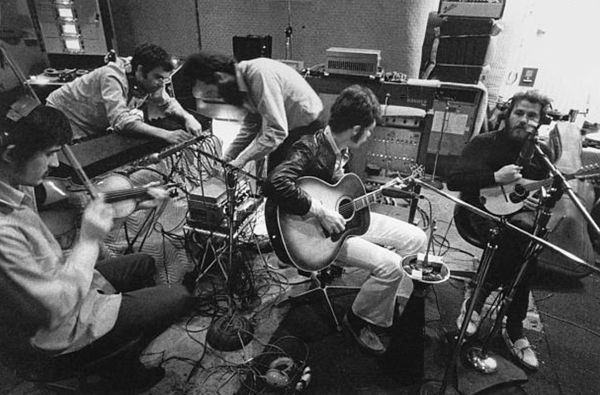 They has the same issue - it’s all about the feel… 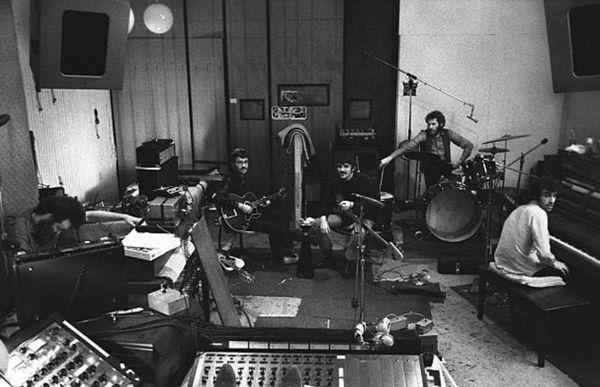 Over the years before Suzy and I got together we had collectively spent tens of thousands of pounds hiring recording studios, most recently when recording my two solo records, ThirtySix and The Knife.

Following moving in together we decided to totally go for it and invest everything into making and recording music, culminating in the fabulous, semi-mobile* recording facility which we use to make our music and is available to other artists.

* I say semi-mobile as our CADAC J series console weighs 450 kg and the Grotrian-Steinweg upright piano a cool 500 kg.

The four of us - that's Suzy, our studio hounds Hummock, Bob and myself - have moved six times in as many years trying to find a perfect space and country in which to record our music and set up the studio to give us and clients of Supertone Records a great place to be creative. 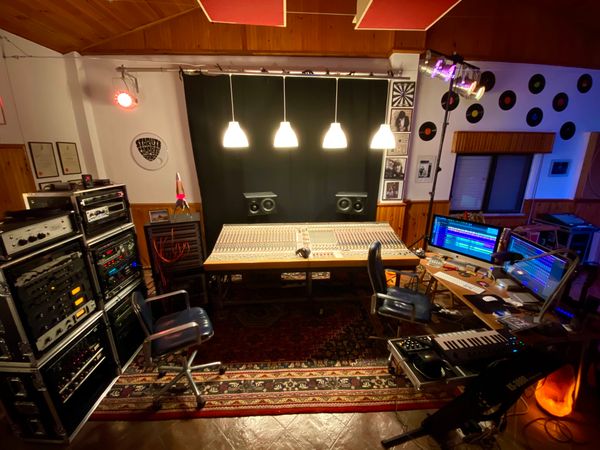 The main room is 100m2 with four metre high ceilings with the console situated in this one space so everyone is totally connected. We have placed our acoustic panels to give different sonic flavours in the room and Suzy has done a remarkable job on the interior design.

The recording so far sound great and we are loving the vibe: the pool house in LA and Lanois’ rented property in New Orleans has come to Portugal - but this time it's white, not pink.

Whilst still in lockdown we are continuing writing/demoing material for the next four albums (yes, you read it correctly four albums) which we will be releasing over the course of the next couple of years but sadly, we have to wait until we can fly in our drummer and keyboard player to finish the recordings.

Post lockdown the studio will also be open for business! 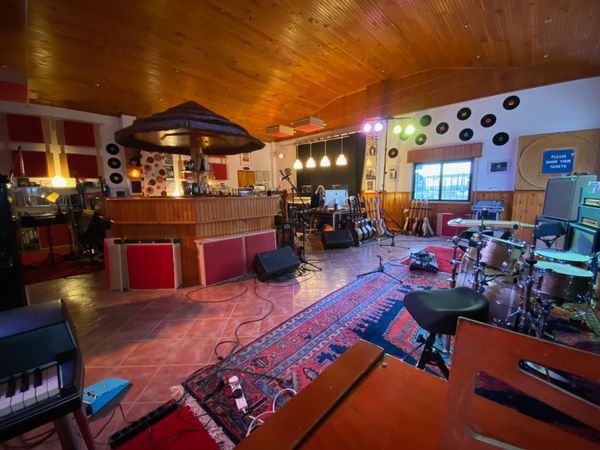