Husband and wife Suzy Starlite and Simon Campbell are passionate about music as well as each other.

“Simon Campbell seems like a walking encyclopaedia of classic British axe heroes.  But overall his guitar sound is his own, and it's remarkable that he eschews effects pedals in search of it.  The Language Of Curiosity is about well-constructed songs, infectious melodies and worthwhile words!” - Iain Cameron, Editor

“Oh My, Oh My! What a cracker this one is. I listened to the whole album at one go... Then it hit me. This is what Cream sounded like before they became super-stars” - Ian K. McKenzie, Editor

— Blues in the South

Equally at home in the recording studio or on festival stages around the world, Starlite & Campbell are curious souls, constantly asking questions and exploring new sounds, ideas and thoughts.

Quintessentially the ‘sound’ of their music is based around a very British playing, recording and production aesthetic.

Writing stories in song where the lyric has meaning.

To document, inform and arouse curiosity - served on a bed of musical emotion.

“Here is no sophomore slump with The Language of Curiosity. Starlite Campbell Band have stepped up their game, and their sound, taking their British blues/rock to a whole other level... A modern-day sonic boom!” - JD Nash, Editor

Starlite & Campbell fly in the face of disposable music, writing, recording, engineering, playing and producing all their work. All music is released on their independent label Supertone Records.

The couple tour with their two labradors Hummock and Bobby in the ‘Van of Rock’.

They have moved seven times in the past ten years and finally found their spiritual home in Portugal.

All their music is mastered by Jon Astley of Close to the Edge, England who has worked with The Rolling Stones, Led Zeppelin, The Who, Paul McCartney, Eric Clapton, John Mayall, Debby Harry and many more.

Starlite Campbell Band released four singles; Stone Cold Crazy, Lay It Out On Me, Gaslight and Take Time To Grow Old from their second studio album - The Language of Curiosity.

In a zeitgeist moment during the first lockdown, Suzy & Simon released their version of a cover of the Blind Faith classic ‘Can’t Find My Way Home’ which received fantastic feedback from the media including BBC 6 Music, BBC Radio 2 amongst other international radio.

“This was the real deal, scintillating stuff… Simon Campbell and Suzy Starlite are mad for the music, and mad for each other – and their enthusiasm is infectious. And then – and then, folks – they close out with ‘Walkin’ Out The Door’, the opening track from Blueberry Pie. And this slice of mid-Sixties style soulful blues, with some wah-wah atmospherics, gradually morphs into Led Feckin’ Zeppelin, the riff tipping the hat to the likes of ‘How Many More Times’ while Starlite channels John Paul Jones with an increasingly mountainous bass line. And Campbell goes into mad axeman mode, conjuring up a howling guitar interlude with the aid of an old-fashioned echoplex box of tricks – real analogue tape, boys and girls – ahead of an echo-laden solo. Greta Van Fleet eat your juvenile hearts out.” - Iain Cameron

They minted their first NFT 'Good Vibrations!' in October 2022.

Starlite.One - where you are only limited by your imagination...

Suzy is a songwriter, visual artist and multi-instrumentalist.

She is featured as the 'Wonder Woman' bassist in the July 2022 edition of No Treble Magazine, USA with an hour long video interview and written article.

Simon is an artist, multi-instrumentalist, vocalist, songwriter and music producer.

He was signed to Line Records (Polydor Germany) in the early '90s.

In 2011 Simon was nominated in the Best Vocalist category in the British Blues Awards.

He has also released albums with his bands 'Whitefire', 'The Disciples', 'Little Brother', two solo albums, is a world champion and Fellow of The Royal Geographical Society.

The Starlite Campbell Band is a rockin’ English blues band that now calls Portugal home.  The husband-and-wife team of Simon…

As their recently released album, Starlite Campbell Band Live! demonstrates, Suzy Starlite and Simon Campbell can do a classic British rock sound with the…

United in the city as well as on the stage, Suzy Starlite and Simon Campbell almost naturally found each other to give birth to a rich, varied and terribly bewitching Blues Rock. Navigating…

Interview by Graham Munn for Blues in Britain

“Curiouser and curiouser!” cried Alice in the second chapter of Lewis Carroll’s Alice’s Adventures In Wonderland, written in 1865. It’s a musing that Graham Munn could well have uttered ahead of his…

He is an accomplished musician and music producer who worked with Big Jim Sullivan and Derek Lawrence at Island Records in the 1990s. She was once the 'fastest…

Starlite Campbell Band’s latest album has just been released and is called ‘The Language of Curiosity’, which is the second LP by the husband and wife duo. They were based in Valencia for a…

With a new album on the horizon and touring back on the cards, Starlite Campbell are looking forward to a bright future.

I had the pleasure of speaking to the extremely…

Having been signed to both Polydor and A&M Records, Steve is a fantastic musician who has worked with many great artists and has literally toured the world with the likes of Maggie Bell, Van Morrison, Jack Bruce, the Icicle Works,  Madeleine Bell, Buzzcocks and more recently with Larry Garner, The Norman Beaker Band and Chris Farlowe

Steve has played drums on all the Starlite Campbell Band recordings and is the first choice for the band live!

Jonny is a massively respected Hammond Organ player who works tirelessly on the live circuit worldwide and has toured with Robben Ford, Matt Schofield and Otis Rush

In 2009 he released an instrumental funk/jazz album under his own name, entitled 'Where Did I Leave My Keys?'

Christian has known Simon for many years and played on both of his solo albums, ThirtySix (2011) and The Knife (2015)

He features on The Language of Curiosity and 'Starlite Campbell Band Live!' albums

He says he loves touring and playing with the band and we believe him...

Born in Naples, Gabriele began playing piano at age ten going on to study at Asociación Napolitana de Jazz with Mario Insegna. In 2003 he formed ‘Sunset in Blue’ and recorded the critically acclaimed album ‘Faced to the Sun’ playing most major Italian blues festivals


WITH A LITTLE HELP FROM OUR FRIENDS

WE GET BY WITH A LITTLE HELP FROM OUR FRIENDS

We are full-time and choose to be independent musicians and value the support given to us by our industry friends and collaborators. It makes the job just that little bit easier... 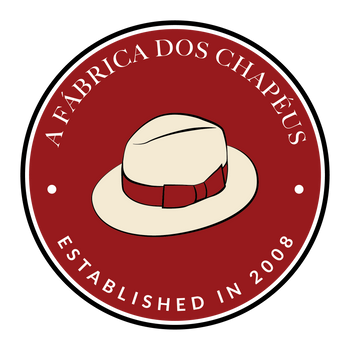 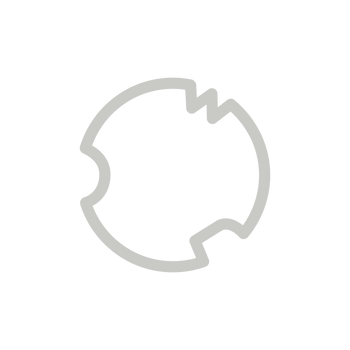 And receive a free song every day for four days!